(DALLAS – March 13, 2012) The Environmental Protection Agency (EPA) today announced the EVR-Wood Treating/Evangeline Refining Company site, near Jennings, Louisiana, has been proposed to be added to the National Priorities List (NPL) of Superfund sites, a list of sites that pose risks to people’s health and the environment. Superfund is the federal program that investigates and cleans up the most complex, uncontrolled or abandoned hazardous waste sites in the country.

The site, off Highway 97 and one mile north of I-10 in Acadia Parish, was home to wood-treating operations as well as oil refining from the late 1930s until 1985. The refinery also received waste water from the wood-treating facility, which was held in retention lagoons. Soil samples have shown elevated concentrations of arsenic, chromium, and copper, as well as several types of polycyclic aromatic hydrocarbons, or PAHs. The contamination threatens nearby wetlands and commercial and recreational fisheries.

The EPA will seek public comment on adding the EVR-Wood Treating/Evangeline Refining Company site to the NPL for 60 days. Comments will be considered as the agency completes the final decision process.

Since 1983, 1,661 sites have been listed on the NPL. Of these sites, 359 have been cleaned up resulting in 1,302 sites currently on the NPL (including the nine sites added today). There are 62 proposed sites (including the 10 announced today) awaiting final agency action.

With all NPL sites, the EPA works to identify companies or people responsible for the contamination at a site, and requires them to conduct or pay for the cleanup. For the newly listed sites without viable potentially responsible parties, the EPA will investigate the full extent of the contamination before starting significant cleanup at the site. Therefore, it may be several years before significant EPA cleanup funding is required for these sites.

More information on the Superfund NPL is available at http://www.epa.gov/superfund/sites/npl/current.htm

More about activities in EPA Region 6 is available at http://www.epa.gov/aboutepa/region6.html 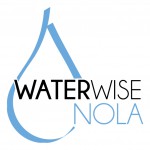 To receive email updates from LUSC or to join, please fill out our Subscribe form HERE.